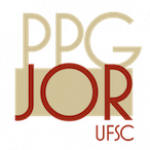 The Graduate Program in Journalism at the Universidade Federal de Santa Catarina (PPGJOR/UFSC) offers master’s and doctoral degrees focused on the specific field of journalism studies. One of PPGJOR’s missions, embedded in the institution’s pedagogical DNA, is to understand journalism as an important phenomenon in society. UFSC was the first university in Santa Catarina to establish an undergraduate Journalism program in 1979 and likewise the first one to include a graduate program in the same field. This precedent fostered the tradition of expertise both in research and in training of journalists and journalism professors. PPGJOR is officially accredited by the Coordination for the Improvement of Higher Education Personnel (Coordenação de Aperfeiçoamento de Pessoal de Nível Superior – CAPES) and was evaluated with grade 4, which acknowledges its good performance. The Program has 16 faculty members and offers three lines of research: Society and Culture; Technology, Language, and Innovation; and Knowledge and Profession.

In the Culture and Society line of research, theoretical and empirical studies are conducted to analyze journalism as a phenomenon of modernity, observing its multiple configurations and implications in society. The manifestations of journalism in the public space are investigated as social practice, aesthetic expression and cultural experience. Journalism is discussed as a historical, political and economic process, as narrative, as a discursive and cultural mediation practice, and as a symbolic product in the construction of images and representations about the world.

The Technologies, Languages ​​and Innovation line of research conducts studies of journalism with emphasis on transformations and innovations resulting from information and communication technologies. Research about formats, languages, design, economies and internal policies are conducted on different technical platforms. Aspects such as news production, circulation, audience, reception and consumption are also studied.

The Knowledge and Profession line of research develops theoretical and empirical studies of journalism as a form of knowledge and as a professional activity. The world of work, daily practices, governance and decision-making, values, ethics, professional training, and journalistic identity are investigated. Deontology, epistemology, credibility, and journalism’s current crisis are also addressed by this line of study.

Faculty by line of research:

EJM is a semiannual open journal, which circulates exclusively online, and has an editorial board formed by international experts in media, journalism and communication.

The journal is ranked as an A4 journal in the Qualis/Capes system, its articles have DOI and its issues are indexed in some of the main databases in the area.

PPGJOR faculty and students are integrated in several Brazilian and international research networks. In the last two decades, the expansion of network research is a result of the maturing of the scientific community of Journalism researchers.

In Brazil, the main sponsor of this trend is the Brazilian Association of Researchers in Journalism (Associação Brasileira de Pesquisadores em Jornalismo – SBPJor), which encouraged the emergence of six major networks. PPGJor occupies a prominent place or a leadership position in many of them. These networks are:

Networking has enabled the holding of discussion panels at academic events, the development of research projects and the publication of books, articles and research reports.

PPGJOR also integrates international networks, such as the Réseau d’Estudes sur le Journalisme – which brings together researchers from Brazil, France, Canada and Belgium -, the Lusophone Network for the Quality of Information (Rede Lusófona pela Qualidade da Informação) – which has researchers from Brazil, Portugal, Angola, Mozambique, Guinea-Bissau, Cape Verde, São Tomé and Príncipe, and Timor and Macau -, the Media Flex Lives, and the Brazil-Germany consortium of researchers participating in a research project under the Brazil-Germany Program (PROBRAL) promoted by CAPES and DAAD (2020-2023).

PPGJOR has been investing in internationalization efforts in recent years, in compliance with the guidelines of UFSC, CAPES and CNPq (National Council for Scientific and Technological Development).

Two thirds of its faculty has foreign experience, with scientific exchange in countries such as the United States, Canada, France, Spain and Portugal. Another segment of the researchers is involved in projects with countries in Africa, Asia and Europe.
Specific cooperation agreements between PPGJOR research groups and international partners have been signed under the supervision of the Office of International Relations at UFSC.

The Program has also received professors and students from other countries, who come to attend classes or to offer courses and thematic classes. PPGJOR will soon offer some of its courses in other languages.